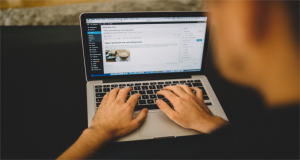 There’s no debate on the fact that WordPress is the far most standout Content management system (CMS) out there. Which tends to be the breakthrough of Matt Mullenweg and Mike Little, WordPress has risen to fame in the world of blogosphere in the short of the 11 years from. the day it was relased in may 27, 2003 by the free software foundation.

Since from the date of relase WordPress has been downloaded 46 million times till July of 2013, which counts up to 100 downloads every day since 2003.And everthing of these were made with only 229 employees making about 50$per hour for coding around the year and it is sure that these 229 employees are kept busy and Major updates are rolled out once in less of a month.

In addition to all of these, the source code of WordPress is updated 60-80 times per day and These changes are synchronized with the WordPress.org platform daily.more than 20,000 blog posts have been posted in the WordPress blogs for a day and about 7.49 million of posts in a year. WordPress scores about 126 million users visiting their site in a month which is more than amazons.the people searching for the word “WordPress”counts about 37 million for a month. translation of WordPress is available in 40 languages right now and they are even updating for some other new languages which will be updated soon.

When it comes to plugins WordPress has about 10. 29,000 plugins and a new plugin is added every hour. so far about 286,000,000+ times of plugins have been downloaded. Out of these 31000+ plugins alone are provided for free and in this category alone a single plugin has been downloaded about 18 million times and it is known as AKISMET . the reason behind this thing is that it comes with the updated version of word press

Apart prom all of these finds and facts you have something more of a free software. the first thing would be that, it is easy to use and learn. A basic tutorial is enough to create a website of your own, WorPress is easy to manage, safe and secure, importantly search engine friendly and it is extendadle by the means of themes and plugins provided.