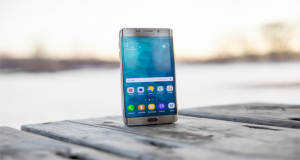 In the early days phones were used only for the purpose of voice communication over air and for texting or sending sms and those phones cannot do anything beyond that. When the android operating system was introduced, the world of phones changed dramastically. the phones became smart phones which could replace your desktop pc’s nor laptops in every functionality along with mobility but all of these happened in a short period of time. Here are some statical data which shall enhance you with the emerging usage of smart phone over the short period of years.

By the year 2005 we had only 2% of americans using smartphones and at the begining of 2010 it was reported that 23% that is about 59 million users of smart phone in united states of american alone.

Similarly statics taken during 2011 reported that 87% of people around the world use internet through their smart phones.

In the late 2005 the primary mean in which a user would access internet was by personal computer and desktop computers and it was the time when social media platforms began to grow and they were limted to the usage of people. Facebook was initially used by school and college students and it was the time a new platform which we call as youtube was also initiated and we did not have twitter nor iphone at that time when smart phone evolved things changed dramatically by the growth of social media users through smart phones

By the year 2009& 2010 youtube and facebook had about one hundred fifty million of users and twitter scoring about 30 million users by 2010 in a short period of time every changes were made through smart phone and android. It was reported that the growth of smart phone usage is increasing about 58% every year.

How android made everything ?

The android provided simplicity to its users which means it was so easy for everyone to operate the smart phone starting from child, teens to the old aged easy to learn and easy to use. the gui was provided in such a manner so that an unexperienced can use an android and learn himself.

When the android platform was introduced initially it was not made in a way so that anyone could afford it. Soon things changed the mobile companies began to develop mobiles which could run android operating system and affordable to everyone at the same time, this thing lead to a heavy competition in between the smart phone makers which in turn resulted in the different types of smart phones with different features running android os as a reason this lead to the rise of smart phones around the world.