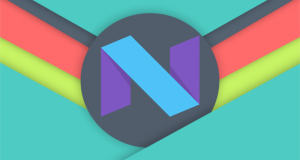 Google launching its new android versions quite periodically have came up with a new anroid version ,well google calls it “N” is it nutella or some other curvy and sweety food name or some other indian delicious sweety food. But still most of the android devices hanging around have not yet recieved marshmallow updates right now and google has released OTA upates for android N which tends to be a beta version which is not only for developers alone even you can even recieve the update (by clicking here)which will directly get you to your google account signup from there by signing up you can recieve the direct OTA updates from google and install it on your devices since it is a beta version a backup has to be made for your device. Android N was launched much recently in the google I/O, the next beta version of the android N will be launched at google I/o which would be held at may 18 2016. well it seems that the final version of android “N” will take october or november of this year.

Apart from the name rumors ,android N possibly supports nexus series of devices such as NEXUS 5X, 6, 6P, 9, 9G, NEXUS PLAYER and ANDROID ONE devices. So if you are ready to risk than you should dare to try.

Well android N is loaded with a lot of features . The first thing would be multitasking which enables you to run multiple applications at the same time but wait you never need to switch between the apps or use your home button to jump to next .here comes the second feature for that multi-window support which means you can run two applications at the same time side by side simultaneously even with the third party applications so you never need to use the home button anymore while switching between apps and this split screen can be resized easily and will appear better in landscape mode.special designed for tablets.

The fourth feature is settings which displays every info about each settings such as connected wifi networks name under wifi network option and a swipe out side menu is also available so that when your in a different setting means by swiping out you can move to the next setting.

For more updates, news,previews, on ANDROID. Click here to know more from the android developers forum.