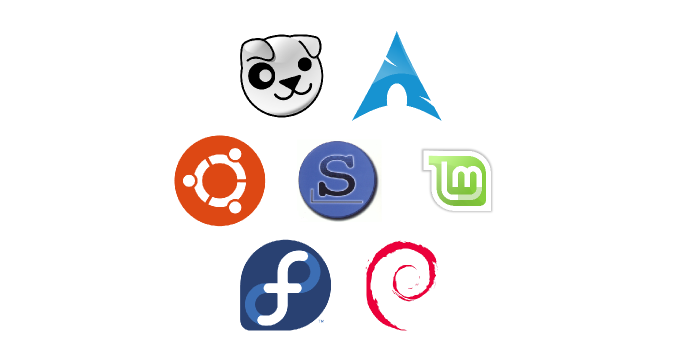 Why Lays alone should have many flavors? Linux too has! Tasting Linux flavors is not that easy. Because there are uncountable numbers of distributions available which are updated daily into some new distribution with new name and versions.and it will put those new user’s confused. So here are some top 7 Linux distributions or flavors according to me. Let’s see them in detail.

Ubuntu is one of the best, most popular and widely used Linux distribution. Ubuntu is Debian based, and has its own software center. Ubuntu gives user’s a great desktop environment by using unity which is the GUI for Ubuntu and delivers a great user experience. Ubuntu has its own Mir graphical server. Ubuntu  offers releases in every six months, and a  stable LTS  release in every 2 years. Ubuntu is also available on smartphones and tablets.

Linux mint is based on Ubuntu. And uses the Ubuntu software center so we have similar applications for Linux mint and Ubuntu. Linux mint includes media codecs and proprietary software by default which is not available in Ubuntu by default. Linux mint uses cinnamon desktop or the mate desktop, which makes it appear similar to windows. Linux mint does not install software updates automatically so some of the user calls this insecure.

Fedora is  based strongly  on  the free software  as a reason it makes impossible for any user  to install proprietary  drivers in Fedora, still third party software is available for Fedora. Fedora is available to the user’s in its updated form. Fedora does not have  its own desktop environment like tweaks or mate . Fedora  uses upstream software  which can integrate every upstream software  without the need for any custom tools. Fedora comes with the GNOME 3 as its default desktop environment , still the user  can also add spins which comes with other desktop environments. Fedora does not come with long term support and If you need a  stable release, which would be  supported a long time, then you should choose the paid version of Fedora or the red hat enterprise.

Arch Linux is quite older  than every other Linux distributions which is available now. Arch Linux was designed  to be a flexible, simple and lightweight. And it does not provide any graphical utilities and  configuration scripts to  set up your system. And the user is in charge of configuring the system properly and installing the required software which a user would need. Arch Linux doesn’t provide any graphical user interface by default., it provides only configuration files which a user can edit. The installation starts at the  terminal, where the user has to enter the right commands to configure the system, delete and edit system partitions of the hard  disks, so that to install the operating system.Every part of the software will be updated automatically without any need for upgrading to the  new release of the software.

Slackware is similar to that of the arch Linux and a much conservative Linux distribution ever. Is also one of  the oldest Linux distribution which is  still maintained till today by some new updates.Slackware does not come  with graphical tools or configuration scripts. And  There is no procedure which includes graphical installation. The user has  to partition hard disk manually and run the setup program. Slackware starts it boot from the  command line.

A World Without Linux